Prior to the Change

The town of Bethlehem was a town that prided itself on the fresh air free of ragweed pollen.  This freedom was not a natural phenomenon.  Bethlehem was doing a great deal of work to keep the air clean but cutting down and kill all of the ragweed.

Bruce Brown, a resident of Bethlehem, recalls his uncle’s story of how Bethlehem was kept so clean. “My uncle…being hired as a kid…to cut it all down and kill…ragweed…that helped immensely to keep it, Bethlehem, a good clean air place.”  Locals were hired throughout the spring and summer to keep ragweed from growing in large concentrations.[1]  This work aided in Bethlehem’s destination appeal and the white elites in the cities stayed in the town’s grand hotels.

The Protestant Episcopal Church congregation was primarily white elites.  They came to Bethlehem to stay in the lavish hotels to escape hay fever as well.  The hotels were expensive and prior to the formation of the Hebrew Hay Fever Relief Association only the wealth could afford to stay in Bethlehem for the summer, however, the white elites would no longer need to stay in Bethlehem with the advances in medicine during this era. 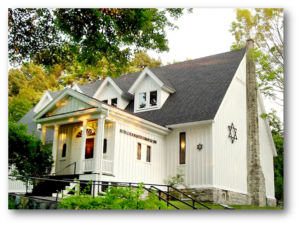 In 1929 a new antibiotic, penicillin, was created by Alexander Fleming but it was not until the 1940’s that doctors were able to utilize it to the fullest potential.  In 1943 penicillin was transformed into an antihistamine by George Rieveschl.  He called it Benadryl.  This was not a cure for hay fever but its main function was the reduce symptoms such as stuffy nose.  White elites were no longer forced to leave the cities while using Benadryl.  They were able to afford the medicine to make hay fever bearable.  With the lack of white elites coming to Bethlehem, there was now room for the Jewish population in Bethlehem to take over some of the failing hotels.[2]

The Protestant Episcopal Church of Bethlehem was opened on July 8, 1877 and was known as the Church of the Nativity.  The church’s land was owned by Henry Howard, ex-Governor of Rhode Island.  On October 30, 1925, the Bethlehem Episcopal Church was sold to Maxwell F. Littwin, Birdie Littwin, and Harry Goldfarb.  The original deed signed created issues for the Littwins and Goldfard before complete ownership could take place.

Problems with the succession of land ownership came about with the original deed and on September 4, 1928 a new deed needed to be signed.  It was not until 1929 when the Reform synagogue for the Bethlehem Hebrew Congregation (BHC) opened its doors.[3]  The change from Protestant church to the BHC synagogue allowed for the local Jewish population to grow and start to revive the town. 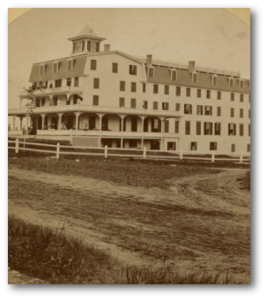 Leslie Dreier, recalled how his “grandfather came for the hay fever in the ‘30s, and he was in a hotel business in New York.  He was staying at some little hotel in Bethlehem and was taking a walk and he was walking up toward Maplewood and there was a sign… ‘No Jews or dogs allowed beyond this point.’ And he bought the hotel.” [4]

Families arrived in large numbers and the Maplewood, now a kosher hotel, provided religious accommodations. The hotel was named “the grandest hotel of the 30 hotels in Bethlehem.” [5]  It accommodated both the elites and the less fortunate. The Hay Fever Relief Association sponsored Jewish families staying in the Hotel.  Rhoda Sakowitz’s family was one of these sponsored families, “My sister had hay fever and was suffering…the only place that was recommended was Bethlehem.”  Her father bought land and built a business in Bethlehem to support their summer stay.

The Support of the Local Jewish Population 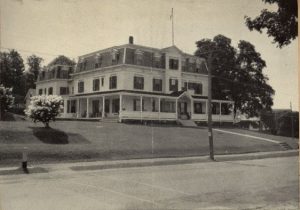 Ultimately, “the Sinclair, the Park View, the Perry House, Strawberry Hill, and the Howard House” all were operated by Jewish families and offered kosher food.   Lee Bagdon first came to Bethlehem in 1938 with severe asthma.  “Jewish families from the city whose kids or themselves had hay fever and asthma were coming up there.  That was the going thing…I don’t know how large the Jewish population was, but I think it was well in the hundreds for the summer.” [6] Bethlehem’s seasonal Jewish population and the local Hay Fever Relief

Association were very greatly involved in the “takeover” of several hotels in the town.  With the loss of white elites, the local Jewish population gave Bethlehem some economic endurance for the future to come.