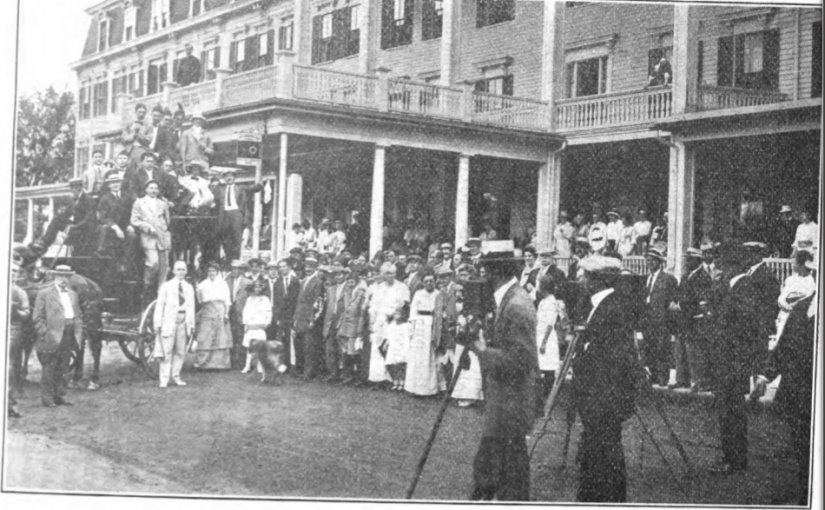 As Medicine advanced in the first half of the twentieth century with the advent of specialized medical fields, the debate of how to treat Hay Fever grew.

While many Doctors, both general and specialized, still touted some older treatments into the 1930s, Hay Fever was seen increasingly as a Hygienic issue. 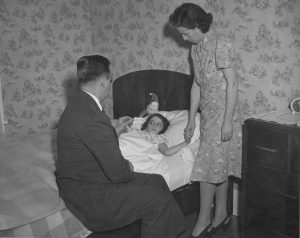 Many doctors began to advise against travel, opting instead for keeping windows closed and the bedroom free from outside air, and staying close to your regular care physician to more easily receive treatments and therapies. However, many newfangled techniques, therapies and drugs did not work for all sufferers and, as a result, Hay Fever tourism continued into the twentieth century, and so too did the associations of hay fever sufferers.

By the turn of the 20th century, medical tourism and health seeking was a tried and proven cure for Hay Fever suffering. As the medical science continued to advance, more treatments and cures appeared the market featuring ‘miracle drugs’ like cocaine.[1] 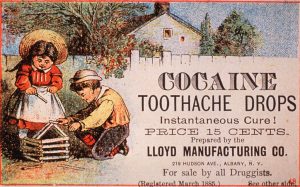 The debate of how best to treat hay fever raged well into the 20th century. While many still traveled for Hay Fever relief into the 1950s and 1960s, as early as the turn of the century, a new medical understanding of hay fever was emerging. This new  understanding admitted that “A sea voyage or a few summers in the mountains have cured many cases” but over all argued that “palliation or prevention of the attack at home, by rosin weed, or ichthyol or faradism, may break up the periodical return of the attacks and effect just as permanent a cure at home” [2]

As medicine advanced and medical specialties emerged, a regimen of care based around regular treatment and close proximity to one’s family physician grew in popularity. [3] 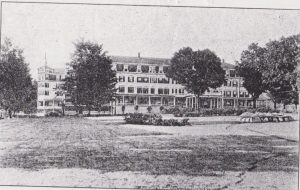 The Hay Fever Associations of Bethlehem.

The United States Hay Fever Association was founded in 1873 as a means to unify sufferers of the disease and share cures and locations where their malady was remedied. [5] It grew and by the twentieth century it was one of the largest hay fever associations in the United States, with its national Offices in New York City. The association met every September in Bethlehem New Hampshire.[6] By the 1920s the USHFA had formed itself into a multifaceted organization. Its original mission of sharing knowledge of treatments and cures was still front and center, but the USHFA had also began accruing financial and commercial power, by instituting  annual dues of $1, and using that income to travel around to places claiming no hay fever, and to test supposed treatments.[7] 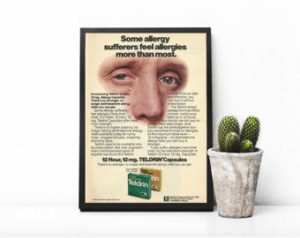 The first antihistamine was discovered in a Swiss Laboratory in 1936, by Daniel Bouvet. From then on, the knowledge and understanding regarding allergies and their causes would increase exponentially.[9] The first safe usage of the drug was in the mid-1940s, with it coming to full fruition by the fifties.

Some would continue treating their allergies as they had, avoiding the drowsiness caused by the first generation of antihistamines, and so Hay Fever tourism continued in a much smaller way due to reasons similar to those described by the 1964 Camp Report of the National Hay Fever Relief Association,

“In spite of medical treatments and injections, numerous victims show no improvement, health declines, resistance collapses, and the serious chronic disease of asthma often sets in. With the weak, the children and the aged whose every breath may be a torment during the hay fever season, the institution and children’s camp maintained by the national hay fever association is the haven of refuge. Our humanitarian institution places under its care such needy victims of this distressing ailment where they are afforded relief and rehabilitation” [10]

As pharmaceutical sciences advanced, allergy medication became more effective, with less side effects, and  would go on to make the economic force of Hay Fever Associations obsolete.